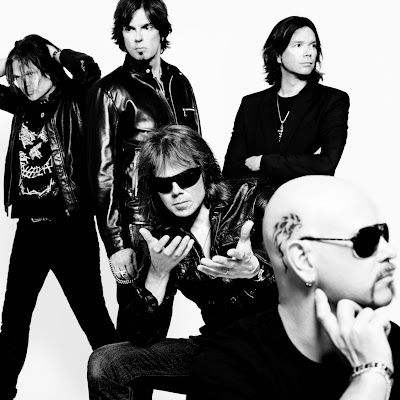 Gain / Sony Music has signed a record contract with Europe for the Nordic countries. Sweden's biggest rock bands of all time with 20 million sold albums released by 2009 album Last Look at Eden, which went gold. The band leaves so that Universal has released the latest discs.

Europe coming this fall to go into the studio with producer Kevin Shirley to record their next album which is scheduled for release in April next year.

"The whole band are really looking forward to working with a young, hungry team on the gain by the roots of rock, while coming home to backup directory on the Sony. We have a really great rock album and again with producer Kevin Shirley (Aerosmith, Joe Bonamassa, Black Stone Cherry) This can be a great time "Joey Tempest.

"It feels absolutely fantastic! Europe is Sweden's biggest rock band and has written Swedish music history with bands like ABBA and Roxette. "We are extremely pleased and proud that Europe chose Gain ". Markus